Office de Tourisme Vosges Côté Sud Ouest  >  Who are we ?  >

Welcome to the territory of the Vosges Côté Sud-Ouest, in the South of Lorraine, a few steps from Franche-Comté and Champagne!
A beautiful expanse of nature between Saône and Madon, the peaceful rivers that meander between the typical villages and draw a verdant picture of bucolic landscapes.
A land that also contains a rich historical heritage between crafts and old stones.

Once covered by an impassable forest, the border between three Gallic peoples, our region has become welcoming and open. At the boundary of the waters between the North Sea and the Mediterranean Sea, this country with its many sources is also a territory endearing by its rural, its authenticity and its past.

Its history is told to us through its heritage, delivered and revealed by its vestiges and secrets. Its valleys still resonate with the activities of the past. Chapels and churches, castles and fortresses, hermitages and monasteries, and especially traditional Lorraine villages constitute the “cultural and architectural attic” of the Southwest Vosges.

What is in common between the bell foundry of Robécourt and the former ironworks, between the limestone lawns of Lironcourt and the Darney forest? From these mysterious and exciting lands arise large spaces where softness, colours and lights will accompany your itineraries or your escapades.

To be consumed without moderation:
cure of oxygen, water, greenery, stones and culture! 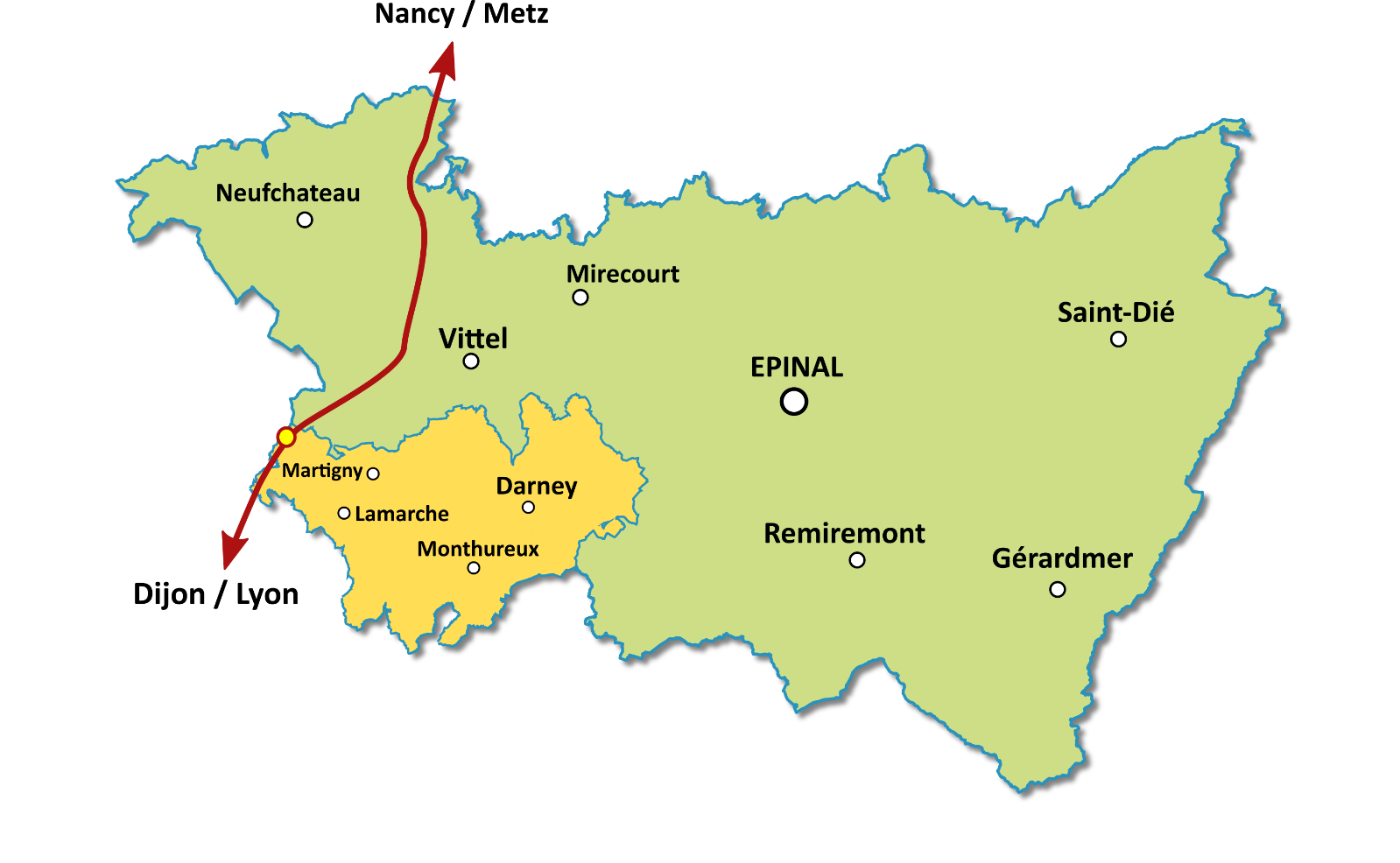 Today This week This month
All the agenda